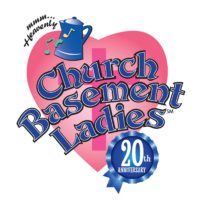 The smash-hit musical comedy that started it all, the “Church Basement Ladies” will be returning to the Merryman for their 20th anniversary tour! This tour will be presenting the original show, a production that broke box office records and inspired a whole series of musicals starring these lovable and hilarious gals.